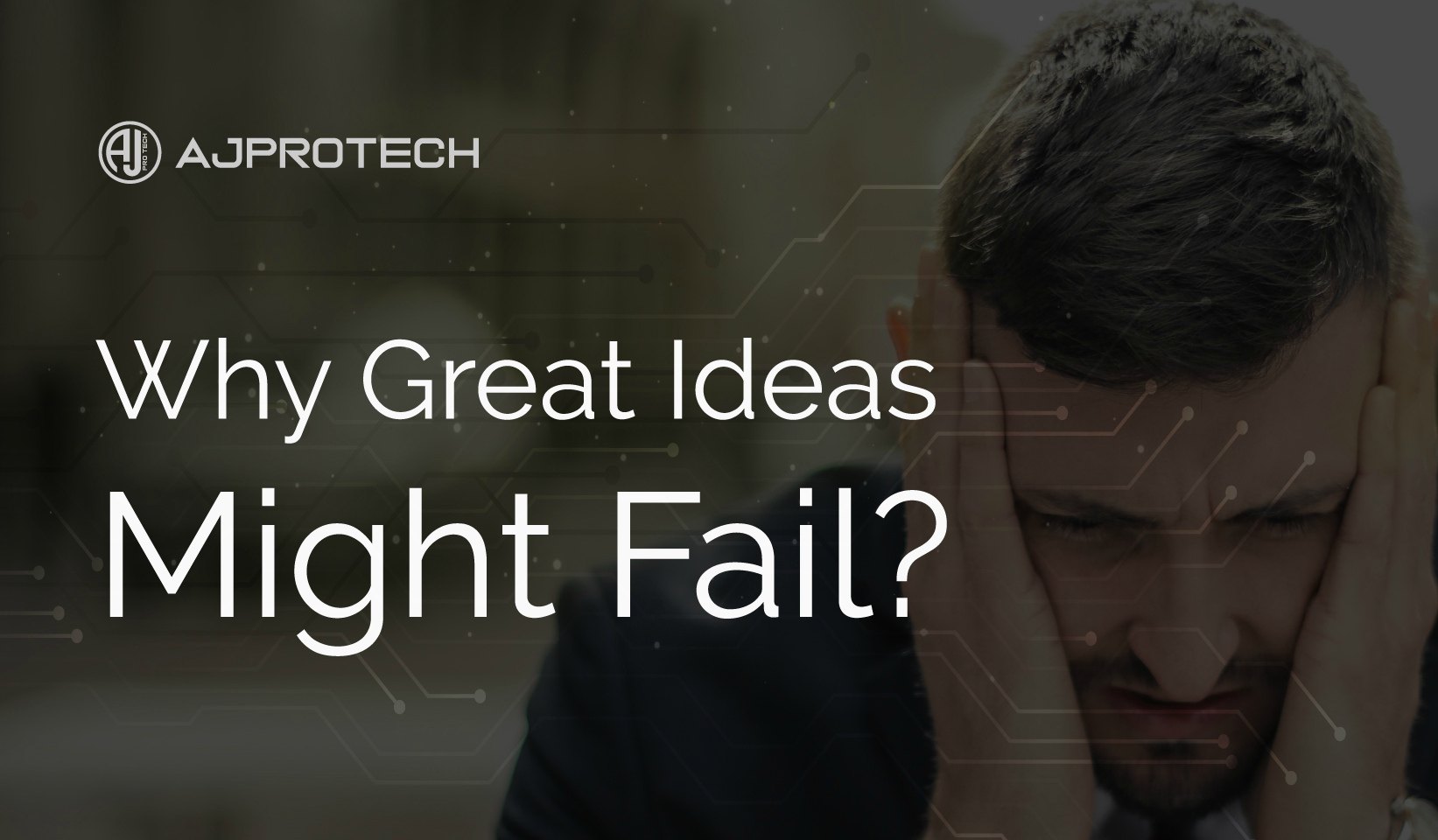 Victor Hugo once said, «Nothing is more powerful than an idea whose time has come».

And it’s true, great ideas can transform entire industries for the better!

All too often though, they fail entirely.

Here are some reasons why:

These are just a few things we’ve learned after 10 years in the engineering business.

To effectively implement our own ideas and products for our clients, we’re constantly on the search for new engineering talent from various niches, so we can get expert guidance across the board.

Above all else, the biggest idea-killer is a lack of persistence though...

So if your idea doesn’t work out, what can you do?

Try something else, until you succeed!

It may take a long time, but persistence is the key.